This is a single blog caption

Though bankruptcy and economic crises continue to plague the Motor Town, it still finds a way to rise back up from its troubles and emerge as a glorious warrior of a city. Detroit has become a highly desirable destination spot that is still quite affordable for its visitors.

Over the years, Detroit’s cultural scene has continued to thrive which makes it a city full of exciting and adventurous places waiting to be explored.

These top 5 places in Detroit are reasons enough to make a trip to the thriving metropolis.

Located right on the edge of the city, The Detroit Riverwalk is actually a border that separates the city from Ontario, Canada. The riverfront promenade stretches miles long and features a lot of exciting local attractions such as the Renaissance center, Hart Plaza, and other places. You can go down the riverfront to fish, drive around, have a picnic, or just have a serene stroll down the boardwalk.

Who said you can’t have a relaxing beach right in the middle of an urban city sprawling with high rises? Yes, that’s right, a beach full of sand, lounge chaises, and umbrellas to have a beach day right in the middle of the city. The Campus Martius Beach is the essence of Detroit; a place full of wild, smile-inducing surprises like this one.

The Renaissance Center is the focal point of Detroit’s awe-inspiring skyline. It is lovingly referred to as the “RenCen” by Detroiters and is a series of seven interlinked skyscrapers. The center also houses the world’s headquarters of General Motors, including their four world-famous car brands: Cadillac, Chevrolet, Buick, and GMC.

Belle isle means beautiful island and just the name is enticing enough to urge people into paying a visit there. Nearly around 1000 acres huge, the Belle Isle is a giant island-cum-park located smack dab in the middle of the Detroit River. The island is a picturesque place that features a zoo, an aquarium, a golf course, a conservatory, a yacht club, and many more recreational places.

This is the place where the world was introduced to musical prodigies the likes of Stevie Wonder, Diana Ross, Jackson 5, Marvin Gaye, Smokey Robinson, and many more. Standing inside the studio is a whole another experience and you’ll find yourself humming along to the old hits. This place will definitely make you want to go out and dance in the streets!

Is it your first time visiting Detroit and you need an airport car service to take you to your desired destination? First Class Airport Sedan can help you out! Explore the wonderful city in our luxurious transportation services. Call us now at (1)-888-402-2267! 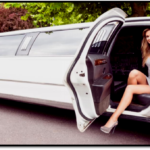 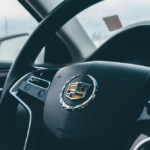 Getting Late For The Airport? Try Hiring First Class Airport Sedan’s For Your Next Journey
38 Comments 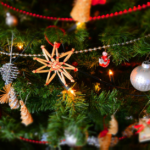 Holiday Travel Tips: How to Plan for Your Next Holiday
38 Comments